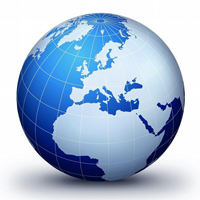 If you are shopping for a push gift, you may find it interesting that not all cultures celebrate this joyous occasion the same way. This is especially useful information to have, just in case your wife happens to be of a different cultural background than you.

Where it All Began

The practice of giving a gift to a new mother originated in England and India, so if your partner has roots in either of these countries, a gift is likely expected. Then, the trend swept through Europe and finally hit North America. Although some people took part in this tradition many years ago here, it really wasn’t until celebrities were giving and receiving extravagant gifts that the concept really caught on.

Today it is estimated that at least 55 percent of women are aware of what push gifts are, and want one, but only about 38 percent receive them, which leaves a lot of men getting the cold shoulder and sleeping in the dog house when they don’t even know why.

Is That Really the Beginning?

Okay, so although giving a push gift is credited to India and England, it is suggested by archaeological evidence that men have been giving these gifts to new mothers for thousands of years. Obviously they were not called the same thing, but the concept remains.

Most received jewelry while others were given land, especially if they gave birth to an heir that could carry on the family name. It was important to the men during these times that their women had wealth, should they need to support themselves and their child, for this was a time when men could be called into battle at any time.

In fact, it is also suggested that men in some cultures bypassed the women completely and gave land and other riches to their child at birth.

Non-Existent in Some Parts of the World

Although these presents have become almost as important here as giving an engagement ring or a Christmas gift, there are some parts of the world that are just not celebrating. Take for example Australia; it is said that rampant consumerism is not paramount there as of yet, but there are indeed some females taking notice. This means, give it some time and it is sure to catch on.

Point being, your significant other may have never heard of these gifts before, depending on where they are from, but that does not mean that you don’t have to give her one. Who cares if she doesn’t know about it or if she is not expecting one. The greatest feeling in the world is giving a gift that is not even expected! Just imagine how she will feel after going through labor to receive a heartfelt present.

It is important to note that a push gift does not have to be extravagant. Just because some cultures in the Middle Ages gave jewelry and land, does not mean you have to. If you are on a budget, give a thoughtful gift from the heart, and she is sure to love it.