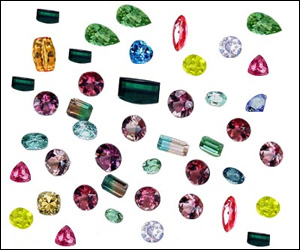 Birthstones are linked to each month in the lunar calendar. Every month is denoted by a unique birth stone that covers several aspects of our lives. Each birthstone has magnificent properties that influence the lives of people born in the month.  This symbolism makes a birthstone a great choice as a push present.

Let’s look at the meanings of each inimitable, radiant birth stone in detail:

Garnet is a precious stone and influences people born in the month of January. It is named after juicy, red pomegranates since the color of the stone is mostly red. This birthstone is mainly known to symbolize loyalty, strong faith and hopefulness.

People born in the month of February spend their lives under the influence of amethyst. This birthstone symbolizes religious minds, sincerity, and sobriety. Amethyst is worn by people of diverse ranks in the Roman Catholic Church. As per tales, amethyst is a maiden made into a stone by Diana, the roman goddess.

This stone has a lucid, bright, and shiny shade of blue which clearly symbolizes its name. Aquamarine is linked to great intellect, clarity, and the brilliance to display courage and foresight. This birthstone has been very popular amongst sailors to support their assumed defensive elements. END_OF_DOCUMENT_TOKEN_TO_BE_REPLACED